Where are the finely sharpened pitchforks? 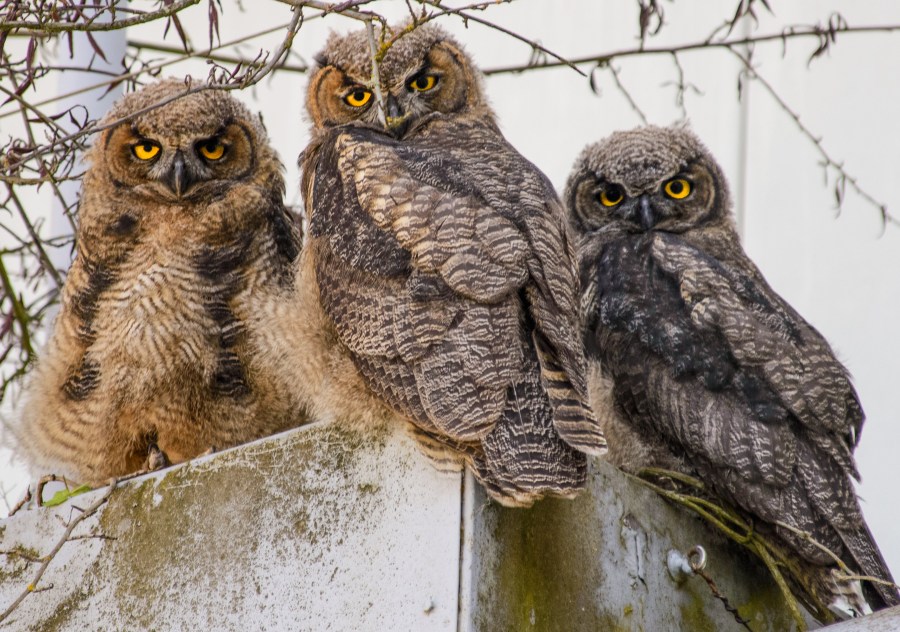 Some regional taxpayers reluctant to challenge status quo – June 2, 2016
During the past few years more and more taxpayers and businesses in the Victoria region have become alarmed at the undemocratic and dysfunctional nature of municipal governance.

That a region of only 370,000 people is governed by 13 municipalities and 91 mayors and councilors, multiple police forces and fire departments, along with a bevy of directors at the Capital Regional District – takes your breath away and makes many people confirm why change is glacial at times.

The overriding issue is that none of the fractured jurisdictions, separately or together, seem to have the capacity or ability to manage large infrastructure projects: Hard-working taxpayers will be hit by a huge cost overrun and lengthy delay on the $100-million Blue Bridge replacement in the City of Victoria. Then to date, there’s the flushing sound of $65-million plus in core community taxpayers’ cash to try to develop a $1-billion plus sewer system.

Is this any way to govern a region and get good value for our tax dollar? It’s rare that things change unless we think differently and are prepared to challenge the status quo. Here are some of the issues that make it challenging:

1. United we stand, divided we conquer. – With 13 fiefdoms in the region and a mystifying Capital Regional District, most taxpayers are simply overwhelmed and bamboozled. Within the 13 jurisdictions, there’s a multitude of boundaries, bylaws, policies, administrators, staff, and other players to figure out. Local politicians seem to be unabashedly taking advantage of the tribal approach.

2. If you can’t convince them, confuse them. – The CRD is very intimidating for all but the bravest taxpayer and in our view operating under a dysfunctional governance structure. At last count, the CRD is involved with 220 entities stretching from Port Renfrew to the Gulf Islands (The Canadian public service has 200 departments and agencies). The annual CRD budget document is about 1,000 pages.

3. Don’t sweat the small stuff. – In an era of low inflation, media often question why another $100 or $200 more in property taxes this year is such a big deal. Well, $100 or $200 more annually in perpetuity along with compound interest is a big deal for many especially if it far outpaces inflation. *See below ’50 per cent boost in gas tax endorsed’.

4. Nothing is certain, except death and taxes. – Taxpayers are often preoccupied with other onerous bills such as fixing the roof, installing a new furnace or the hundred other expenses involved keeping a house under repair. With property taxes exceeding inflation by a multiple of two, three or four times, municipal taxes and salaries have increased much faster than inflation.

5. You can’t fight city hall. – It is useless to clash with a politician or establishment, might be a prevailing attitude with some residents. But with smarts and grit and a sense of humour, you most certainly can fight city hall and win. With freedom of information requests, privacy laws, social media, advocacy groups etc, there are more tools than ever before.

6. A Canadian is someone who knows how to make love in a canoe without tipping it. – The tendency is for us to let it slide, suck it up, knuckle under, let it pass, put up with it, not stand out from the crowd, not challenge the status quo, eh?

7. Silence is not golden. -There’s a large number of well-paid high tech, government and university employees, all of which make for one of the more prosperous regions in the country. While many taxpayers cringe at the thought of another tax increase, some Victoria region taxpayers are positioned and able to take another tax hit, and prefer not to publicly challenge the status quo.

8. What me worry? – As we reported, in the last fiscal year 6,339 property taxpayers in the Capital Regional District – about the number of dwellings in Fairfield – deferred $63.8-million in taxes through the province’ property tax deferral program. The lien placed on the property is removed when back taxes are paid along with accumulated interest after the house is eventually sold. That may be years in the future, so why growl at anyone about excessive taxes?

9. If it bleeds, it leads. – With the dawn of the Internet age, the traditional media such as newspapers and television have been clobbered. With less revenue and fewer journalists, investigative and more complex stories about city hall fall by the wayside which results in less public scrutiny than there maybe should be.

10. Do not go gentle into that good night. – A person has worked all their life, there’s grandchildren, maybe some nagging health issues, and retirement budgeting which are understandably a priority. But with year-round golf, a couple of hundred restaurants, a warm vacation, engaging entertainment, in short, a paradise, why bother? The talent pool of retirees here is outstanding, a formidable force if their skills, experience, sense of humour and money were to focus on improving local government and demanding better value for their tax dollar.

Most people resist change and fear that the result will be worse than what we have today. This is just human nature but we tend to believe dire projections rather than positive ones. Join us and be part of the solution. We know with perseverance you can bring change to local government.

Twelve of 13 municipalities in Greater Victoria have given the thumbs up to hiking the local gas tax by 57 per cent.

Even though the region already has one of the highest gas taxes in North America, the Greater Victoria Transit Commission has asked the government to hike it from 3.5 cents per litre to 5.5 cents. If approved by the province the hike would increase revenue from $11.7-million to about $18.5-million annually.

The Canadian Taxpayers Federation has long opposed any increases arguing savings should be found in current operations to fund any expansions. The Greater Victoria Transit Commission – totally comprised of local mayors in the region with no outside representation – says the extra funds would be used to expand HandyDART and conventional bus service, and bus-only high-speed lanes.

During the last several years the province has consistently declined tax gas increase request in the Greater Victoria region. The Greater Victoria Chamber of Commerce has indicated support for the gas tax increase but only if it was used for capital improvements and not for operations. Recent public opinion polls suggest the public is also strongly opposed to any increase.

“MANY MUNICIPALITIES FLYING BY THE SEAT OF THEIR PANTS”

For those who missed it, the Times Colonist editorial “Municipalities need expert help” dated May 29, 2016 outline many of the anguishes and thoughts Grumpy$ has expressed since our inception. It concludes, “It might also help if the municipal auditor took a hand. Novice mayors and councillors require guidance on a host of matters, such as compensation policies, fiscal planning and project management.

“It would be a considerable benefit to local governments across the province if the auditor laid out generally accepted procedures for handling these functions.”

We invite you to take a look at it this well-reasoned thoughtful argument and send us your thoughts. http://www.timescolonist.com/opinion/editorials/editorial-municipalities-need-expert-help-1.2265276

MUNICIPAL MATTERS
Emilie de Rosenroll has been appointed the first executive director of the newly-created South Island Prosperity Project (SIPP). The organization took over from the Greater Victoria Development Agency in February and includes most of the region’s municipalities, some private companies and the Songhees First Nation. Unfortunately – and perfectly consistent with many regional initiatives – the jurisdictions of Langford, Metchosin and Sooke are not members. SIPP’s intention is to help create jobs in targeted sectors, increase median household income and draw federal and provincial funding….The CRD Housing Corporation is a wholly owned subsidiary of the CRD. It owns and manages 1,286 units in 45 buildings across seven municipalities….Catherine Holt is the new CEO of the Greater Victoria Chamber of Commerce. Holt is a former CBC broadcaster, an assistant deputy minister in BC, and management consultant with Sage Group for the last 18 years…

The District of Sooke has refused to release the amount of severance given to Bonnie Sprinkling, one of four senior staff members that left earlier this year.

Sprinking, the former corporate officer, earned $96,998 in 2014, the last figures available and noted in the June 2015 financial statement, according to the District of Sooke.

Grumpy Taxpayer$ of Greater Victoria has appealed to the Office of the Information and Privacy Commissioner to review the District of Sooke decision not to release the severance amount Sprinkling received.

It’s argued the public has a right to know where its tax money is spent. As well, there is a need to add clarity for the public as opposed to creating speculation and fostering distrust of government.
GRUMPY$ WEBSITE LIVE !
Grumpy Taxpayer$ of Greater Victoria has launched a regional web presence, along with a provincial voice and beyond, through the magic of the Internet. Our non-profit, non partisan, advocacy group began in Sept. 2015, in the age of social media with a presence on Facebook and Twitter.

It is our hope www.grumpytaxpayers.com will inform and inspire our partners and supporters, the media, and the general public about our activities. Please visit it frequently to see the latest postings of our monthly newsletters, articles, letters to the editor, public forums, opinion columns and press releases.

WHAT’S COMING UP
OPEN BOARD MEETING – Donations have ranged from $25 to $450. With your help Grumpy$ has now reached the 70% mark of our start-up goal of $5,000. To make it easier for our supporters we’ve added a PayPal button at the bottom of this page that accepts all major credit cards. Thank you for your generous support. Join us Tuesday, June 14 from 12 to 2 pm for lunch and meeting at location TBA. Partners and interested supporters are welcome to sit in, RSVP to grumpytaxpayers@telus.net …