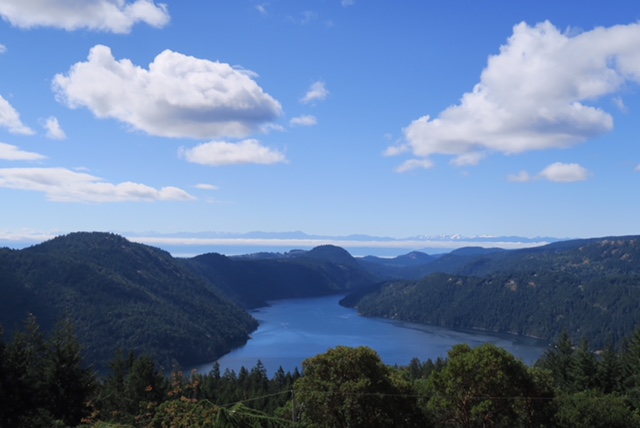 Calling Grumpy Taxpayer$ ‘grumpy’ is a term of endearment, but when a former politician Gary Holman, calls us ‘grumpy-pants’ it’s too much. If name-calling won arguments, ‘scaredy pants’ would describe someone who defends the dysfunctional status quo of regional government.

The CRD is unfortunately held in low regard by taxpayers and many mayors and councilors, but most of us agree it’s an important institution.

The 50-year-old CRD has outlived its usefulness in its’ present form. It cannot deliver solutions to the problems this community faces and the most recent examples are the province taking over the sewage treatment project, its’ inability to deliver consolidated emergency services, or draft a new regional growth strategy. It’s fashionable to sit fuming in the Colwood Crawl or Pat Bay Putt-Putt because of a non-existent regional transportation strategy.

Author of the provincial CISGI report on regional governance pitching shared services George Abbott concluded, “It (CRD) does a good job on some things and has a harder time with others. Getting to ‘yes’ on big contentious issues is a problem.” The rush to shared services since the report is underwhelming.

The CRD must function in a cost-effective, collaborative and accountable manner and to be and be seen as an effective mechanism for regional issues.

While we reserve the right to be irritable – although our slogan is ‘Almost the Best Place on Earth’ – Grumpy$ has made recommendations to the province.

Hold separate elections. The biggest drawback to reaching effectiveness and better value for taxes is the board structure and composition. The exception is the three electoral districts, where directors are elected directly and presumably held to higher standards.

Saanich and Victoria voters choose CRD directors, a practice which isn’t sanctioned or addressed in any legislation. However, to sit as directors they must also be elected council members. All remaining jurisdictions appoint their mayor.

No one ever runs on regional issues and so there’s no voter focused discussion. None. Directors by-and-large serve with no regional mandate on any issue, as they’re accountable only to voters in their municipality.
The CRD must become a separately elected body, with declared ward candidates and election platforms allowing for full democratic accountability for their actions. Otherwise little progress will ever be made to modernize and revitalize regional governance.

Dr. Robert Bish, who authored the Governing Greater Victoria report (2016) pitching shared services, concluded that directly electing the chair would “bring some political legitimacy to the CRD”, adding, the executive office has “much more potential to be cost-conscious.”

Review CRD governance and mandate. With 220 or so services involving residents of southern Vancouver Island and the Gulf Islands, the areas of responsibility are considerable and not conducive to proper board oversight. The workload of current CRD directors is formidable, involving numerous boards, committees and commissions, plus their respective duties on council.

Insist on core competencies. It’s urged the province help develop core competencies such as financial literacy at the CRD board level. The challenge is to manage the largest operating and capital budgets in the South Island. The CRD services arguably have the greatest impact on residents.

Limit director terms. Professional politicians sitting on boards for several terms can be counterproductive to healthy local government. Roles thought of as a part-time public service by much of the public – difficult when directors are permanent fixtures – must allow for a diversity of skills, experience and viewpoints.

Reduce board size. With 24 directors – the PEI legislature has 27 members – the size of the CRD board is unworkable. In the current convoluted system of weighted voting, 5,000 in population translates into one vote, so to accommodate a smaller board this would change.

Modify oath of allegiance. Do CRD directors vote for the interests of their local authority or the entire region? Because of its structure, the CRD is an unaccountable level of government and its directors are unaccountable for their decision – good or bad. The dual and conflicting roles remain at the heart of the failure to reach a consensus on major issues.

Prioritize respectful governance and transparency. While the CRD professes to include public transparency and participation as part of doing business, that’s often not the case. Press releases cover ‘good news stories’, instead of informing the public on important issues. Increasingly, more closed-door sessions away from the prying eyes of the disapproving public, as evidenced by the debate around the now-dead Commonwealth Games bid.

The difficulty in improving governance and getting better value for taxes, Mr. Holman, lies not in new ideas, but in escaping from the old ones with your pants on.