** PINOCCHIO AWARD: Do Saanich taxpayers pay less per capita than the region? 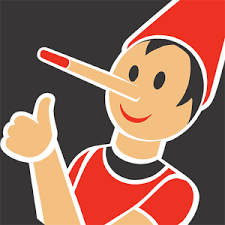 “One (pleasing) data sheet from tonight’s Saanich Council meeting came from the 2018 KPMG Audit. It showed Saanich’s taxation per resident compared to the rest of the region. Historically, it shows our residents have paid less than the regional average.” – Tweet from Saanoch Coun. Colin Plant, May 14

“The document shows Saanich in a good light in my mind,” said Coun. Colin Plant Monday, as council received the report and forwarded its recommendation to staff. – Saanich News, Saanich’s tax burden below regional average, May 18

Grumpy Taxpayer$ examined the assertions in the 2018 KPMG Audit and by Coun. Colin Plant and found them baseless.

One of the reasons the property tax burden per capita in Saanich is thought moderate is that utility rates and any special levies for garbage, sewer and water – which have been escalating significantly in recent years – are not included in property taxes.

Secondly, if the tax burden is actually moderate, it’s largely at the expense of the business owner, who pays a multiple of almost four times that of a residential owner. In 2017, the Saanich business tax was the third highest of the 13 municipalities.

Thirdly, if the tax burden is actually moderate, it is artificially low as a result of the municipality being slow to deal with its substantial infrastructure deficit.

Capital building reserves are very limited, even although tens of millions of dollars must be found to replace or redevelop 10 major municipal buildings identified in the master plan. This spring council approved a 152-page strategic facilities master plan that approved plans to first redevelop the aging parks and public works yard and Fire Hall No. 2 which are considered the most critical.

Fourthly, measuring and comparing municipal property taxation between municipalities must be done with great care in order not to provide distorted information. Using “per capita” measurements can be quite misleading.  It is the number of taxable properties by type, the assessed values, the tax rates and tax multiples that tell the tale.

This is precisely why the Ministry uses the Schedule 704 data to come up with the total municipal taxes and fees per single family dwelling, so that more accurate comparisons can be made. Similarly assessed “representative houses” have been paying very similar taxes over the past six years.

“Per Capita” measurements make tax burdens appear higher when all property taxes are lumped together and then divided by population when the municipalities being compared by significantly diverse property types. When half of the municipal property taxes are paid by business (as in Victoria), lumping those in with residential and then dividing by the lower population of Victoria makes the “per capita” appear higher in Victoria.  That is why the Ministry separates single family dwellings (which is the real impact felt by homeowners).  In other words, how much are similar homeowners paying in property taxes and fees (forget how many people live in the municipalities).

Lastly, another factor missed by KPMG is the average number of persons per household. In Victoria for example, according to Stats Canada in 2011 and 2016, it was 1.8 and in Saanich it was 2.4.  So you can’t determine the tax burden “per capita” using Census Data either because municipal taxes and fees are not determined on a “per capita” basis, or by the number of people per household. They are determined by the type of property, it’s tax multiple, (1 for residential), it’s tax rate (mill rate), times the assessed value, as determined by BC Assessment.

Normally this would rate three Stars out of four, but given it’s a municipal election year, one star will be deducted. In our view the information provided by KPMG – even though they qualify it with its limitations – and commented on by Coun. Plant is distorted and misleading.

Schedule 704, Government of BC
http://www.cscd.gov.bc.ca/lgd/infra/tax_rates/tax_rates2017.htm