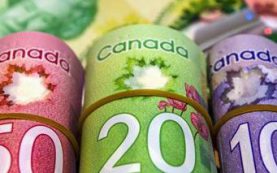 Thousands of permanent residents unable to vote in municipal election

The 2018 municipal election is behind us, but thousands of permanent residents in Greater Victoria are left wondering why they were unable to vote.

According to Fresh Voices, an advocacy group for immigrants and refugees, there are 60,000 permanent residents in Vancouver alone that were unable to vote. In the 2016 Census, Stats Canada reported almost 16,000 immigrants of varying ages living just in the Victoria Census Metropolitan Area of 81,655.

“Permanent residents are engaged,” says Whitey Mitchell, a board member with Grumpy Taxpayer$ and a permanent resident. We take an interest in what is going on and we have input to give as well as a diversity of experiences to offer. I chose to live here and make my life here and want to make this place even better for myself, my friends, and my children.”

Permanent residents have the right to get most social benefits that Canadian citizens receive, including health care coverage, to live, work or study anywhere in Canada, and receive protection under Canadian law and the Canadian Charter of Rights and Freedoms. They must pay taxes – all municipal taxes including school, plus income tax – and respect all Canadian laws at the federal, provincial and municipal levels.

But until permanent residents apply for Canadian citizenship and get it – they can’t vote in any election.

Last spring the City of Vancouver council unanimously voted to extend municipal voting rights to permanent residents and is urging the province to change the laws. At the time the Vancouver Sun sounded a note of caution, describing council’s actions as a “feel-good initiative”  and for the province to consider carefully “the serious implications” of any change.

Immigrants in Victoria, The Canadian Magazine of Immigration, June, 2016.

Perceptions of crime may be accurate