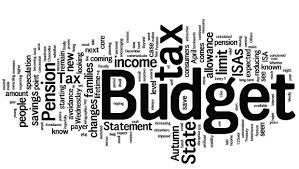 BY BRUCE AND LAURIE KENNEDY

When newly-minted Mayor Fred Haynes and council sit down to plan priorities for the next four years, they must focus more on renewing the aging infrastructure in Saanich and less on election wish lists.

Saanich faces mounting budget pressures from several sources. Some are from unanticipated costs including the Employers’ Health Tax and cleaning up Regina Park after tent city, others from expected cost increases such as union contracts.

Meanwhile, the discussion around Saanich’s infrastructure deficit has faded into the background. So it’s critical to bring this discussion back into the forefront.

The infrastructure deficit is the difference between the cost of replacement of an asset, such as a building or a water pipe, which has reached the end of its useful life and the amount of money currently available to replace it. This should be the major issue for Saanich’s newly elected council: It seems that several of the younger members understand this, as they have expressed a concern about leaving a big tax bill for future generations.

Saanich has the region’s largest municipal population, with about 115,000 residents, and has an extensive, aging infrastructure.  For example, parts of the municipality are still serviced by wooden stave water pipes.

How much money does Saanich need to keep it all in good operating condition?  We asked the director of finance in 2018 and she responded, “Implementation of a full asset management program that would eventually lead us to reliable replacement and deficit calculations for all assets is some way off.”  We don’t hold Saanich staff responsible for not having an answer, but rather we saw this as a failure of the previous council to understand how crippling this deficit may be.

In the absence of a concrete deficit figure from Saanich, we turned to the Canadian Infrastructure Report (2016). This report is designed to assess the condition of municipally owned infrastructure across Canada.  This report puts the dollar replacement value of assets in poor and very poor condition at $10,000 a household (Page 12). In Saanich there are 49,422 private households according to the 2016 census.  So that gives a rough estimate of almost $500 million for its infrastructure deficit.

As early as 2015 council and Saanich’s administration identified the poor condition of the district’s infrastructure – everything from streets, sewer and water pipes, buildings,  and information technology – as a priority. Since then, .75 per cent of each annual budget was set aside toward infrastructure replacement. The critical question becomes, is it enough in this age of escalating construction costs and rising interest rates?

This spring Saanich council approved a strategic facilities master plan that recommended to first redevelop the aging parks and public works yard and Fire Hall No. 2, which are considered the most critical.

The master plan prioritized 10 major municipal buildings that need redevelopment or replacement, but provided no cost estimates of timelines.  In the meantime, we are paying escalating maintenance costs on these aging infrastructures, funds that we will never recover.

So what are council’s options in dealing with this?

Saanich has the ability to borrow money. Saanich’s policy has wisely allowed for a maximum of $92 million of debt, and there’s currently only $46 million, according to the master plan. Using everything, we might be able to replace the public works yard and the fire hall, but what about everything else on the long list? Is this a good option as interest rates are rising (five times since July 2017 and more increases predicted in the next year)?

What about raising taxes?  Well, that would directly impact the issue of affordable housing with these costs being borne by renters and homeowners.  Council could put the burden on business owners, but that would negatively impact economic development.

The simple answer is that this new council needs to  prioritize its capital projects based on what must be done, versus, the nice to dos.  Any plans brought before council need to not simply be a vision, but also detail the costs.  Council also needs to insist that staff look for economy in their designs and avoid building monuments and adding unnecessary frills.

It will be up to mayor and council to decide; do we want new hockey arenas or a functional fire hall. We probably can’t afford both.

The Kennedy’s are Saanich residents and board members of the advocacy group Grumpy Taxpayer$ of Greater Victoria.