Is Saanich council out of touch? Infrastructure deficit looms 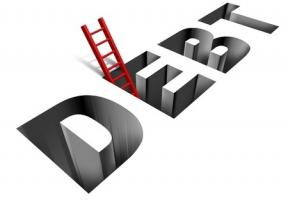 OPINION BY BRUCE AND LAURIE KENNEDY

Many on Saanich council included housing affordability in their election platforms and now seem unable to grasp how this sort of tax increase affects that issue.  This increase will be directly borne by renters including students and the struggling homeowner who simply wants their own property to call home.

It is shocking how many of the councillors have forgotten their pledges during the fall election campaign. In reality, the council is getting worse at managing the municipalities money.

On top of that, the real costs of 18 new staff will drive that number up even higher. They include wage costs for at most six months because that is how much time is actually left in the year. Next year the real costs of these new positions kick in. This is very similar to the company that sells you the product by offering it for 50% for the first 6 months and then hits you will the full cost.

In the end, what are we getting for this large tax increase? After all, there’s only one taxpayer – all costs, deferred or otherwise end up with residents or with local businesses as tax collectors, added to the costs they must pass on to their customers.

We were happy to see that Saanich has now included $70 million for building infrastructure replacement in their 5-year fiscal plan. This, however, reflects only 20% of what has been identified as needing to be done critically.  As well, there is no clear plan on how it is all going to be paid for.

Currently only $18 million is available in reserves to pay for this. This is where Council needs to focus its attention. At the moment watching this council is like watching someone working on their old home. They have been told that the water heater is ready to go and the roof needs replacing but they only can seem to focus on new paint, carpets and granite countertops.

Comments from the Mayor and Council certainly seem to reflect how out of touch they have become. To suggest that people can use the province’s property-tax deferral program seems to us to say that this council understands they are driving their taxpayers into a hardship position. To top it off the money is not free in that program. Taxpayers, often elderly, who find themselves forced to defer their taxes also have to pay simple interest on the amount owing.

It was a bit difficult to swallow coming from a group that just raised their own pay well above the rate of inflation. Perhaps next year council can suggest we can all take out a line of credit or perhaps hold a larger credit card balance to help pay for councils extravagant spending.

For councillors who expressed surprise at the lack of public engagement, they need to understand they provided even less opportunities to get involved this year than last. By holding the meetings during the work day they effectively excluded working people. At least one councillor had to leave himself because of work commitments which should speak to the issue.

Last year Saanich was told after consultation that people would get involved if Saanich provided more online and other interactive methods to do so. Yet they have done virtually nothing to address that.

– The Kennedy’s are Saanich taxpayers and board members with Grumpy Taxpayer$ of Greater Victoria.

One thought on “Is Saanich council out of touch? Infrastructure deficit looms”