The taxpayer is not an ATM machine 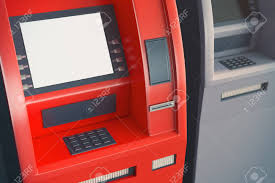 EDITOR’S NOTE: The letter below is the response by Grumpy Taxpayer$ to a challenge made by David Screech, vice-chair of the CRD, in a letter entitled “What would the Grumpies do differently?” (Times Colonist, Nov. 3, 2019).

Five things the Grumpies would do with CRD

Re: “What would Grumpies do differently?” letter, Nov. 6.

David Screech, View Royal mayor and CRD director, posed the above question in relation to our concerns over the proposed 6.2 per cent increase in CRD taxes for 2020.

We all realize that taking the same approach budget cycle after budget cycle is unlikely to yield a different result each year, just a different number for the proposed tax increase. So we have suggested taking a different approach:

1. Recognize the taxpayer’s ability to afford any increase, using the Consumer Price Index as a guide.

2. Implement a rigorous zero-based budgeting approach as a fundamental shift, choosing one CRD department per year in a regular cycle.

3. As the CRD looks forward to 2020, 54 years since it was created, conduct an independent operational and regulatory review. It would suggest organizational and legislative changes to strengthen governance and improve cost-effective service delivery to the 415,000 residents of the region.

4. Begin the above process by tabling and implementing the provincially funded Capital Integrated Services and Governance Initiative (CISGI), buried by the previous government but released after the election in 2017. Its aim was to explore opportunities to better integrate services and governance in the region.

5. Act as if we are what we are, one of Canada’s largest cities — Join the Big City Mayors’ Caucus at the Federation of Canadian Municipalities. It matters to taxpayers.

There is only one taxpayer and one regional economy. The CRD is not the only hand out for money and the taxpayer is not an ATM machine.