Fractured governance keeps everyone in the dark 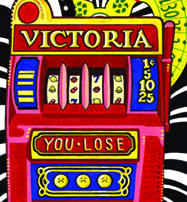 C.D. Howe studies financial transparency in 31 Canadian cities – everywhere but Greater Victoria
Do bad budgeting practices impede our 94 politicians in Greater Victoria, taxpayers and voters seeking accountability from city and district staff and elected representatives?
A new C.D. Howe Institute report “From A to F: Grading the Fiscal Transparency of Canada’s Cities, 2019,” authors William B.P. Robson and Farah Omran grade the clarity, comprehensiveness, and timeliness of the financial presentations of 31 major Canadian municipalities. The report grades the municipalities on their most recent budgets and financial statements and suggests how the many laggards can raise their game.
“We don’t know if we are a laggard or not,” says John Treleaven, vice-chair of Grumpy Taxpayer$ of Greater Victoria. Seventeen of the 31 municipalities received poor or bad grades in the study.
“The good news for us is that Vancouver was cited as one of the best examples of best practices in the country. The bad news is that authors never looked at Greater Victoria,” Treleaven says.
What we do know is that the fractured governance model in Greater Victoria – 13 municipalities, three electoral districts, and one CRD – obscures budget processes and decisions to the detriment of taxpayers. This critical national report did not highlight Greater Victoria because authors only looked to ‘larger’ cities, Treleaven says.
The C.D. Howe Institute is a powerful and respected voice offering a forum for policy development on a range of issues affecting Canada’s largest centres.
Should local government in Greater Victoria and the province follow the C.D. Howe report recommendations that urge:
READ MORE: