How will councils deal with the cash crunch? 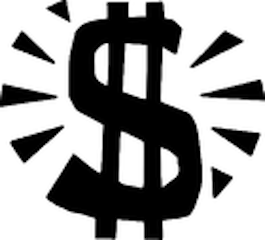 UPDATE –Trudeau offers $14B to provinces for anti-COVID-19 efforts through rest of year: Making a difference in municipalities is a pricey proposition, Canadian Press, June 6, 2020.
Most municipalities enjoyed many years of tax increases above inflation and population growth, until the greatest economic meltdown since the Great Depression came along.

Local government, while the economy hemorrhages, must focus on essential community services, as required by the British Columbia Pandemic Provincial Coordination Plan. It’s so dire though the province is allowing municipalities to temporarily run a deficit.

So far, despite a catastrophic drop in revenues, relentless cost pressures, and mounting debt, Greater Victoria councils have chosen to just trim budgets. The response to date is inconsistent regionally, out of step with most of Canada, and inadequate to deal with the economic carnage.

Bold political decisions are needed to reinvent an affordable local government to deal with an eroded tax base. Increasing taxes is not an option.

1. Plead for a bailout.
According to the Federation of Canadian Municipalities, cities will need $10-to $15-billion to maintain essential services this year alone, to make up for steep declines in revenue and rising costs.
So far little federal money is committed for municipalities, not surprising after the parliamentary budget officer reported the federal deficit this year is set to top a stunning $250 billion. The $2.2 billion previously announced in annual infrastructure funding for communities, paid out of the gas tax fund, will be delivered in one June payment.

Nor is the province planning any bailouts in light of its gloomy forecast, just measures to help soften the blow.
The tax relief program for struggling municipalities announced in mid-April loosened rules around borrowing and debt, and extended financial deadlines. The province is also reducing the school property tax rate for commercial properties to reduce property tax bills for most businesses.

Most of urban Canada responded quickly and forcefully to the new economic reality. In Vancouver, one in five were laid off and there are musings about bankruptcy.

But in Greater Victoria – it’s a government town – there was a failure to sufficiently cut costs with most budgets coming in at zero per cent or covering inflation. Sidney was the only jurisdiction to reduce commercial taxes, a 10 per cent reduction sending a strong signal of business support.

No wage cuts were announced – we share the pain – and few layoffs: Auxiliary staff in community and recreation services were laid off in some municipalities. Oak Bay laid off 250 employees, most part-time and seasonal positions in parks and recreation. The Greater Victoria Public Library gave notices to 168 staff (and some may be rolled back when libraries reopen after mid-May).

With the diminished ability of taxpayers and businesses to pay, should a cross board wage cut of 10 per cent be considered to retain as many municipal jobs as possible? Will hiding our head in the sand and pretending nothing has changed make restructuring more difficult?

Taxpayers are also asking why our 91 mayors and councillors – we share the pain – aren’t taking a symbolic pay cut.

In addition to 1,800 layoffs, the mayor of Vancouver, the council and administration took a 10 per cent pay cut. The B.C. legislature postponed a salary boost and many MPS are donating their salary increases to charity.

Optics and leadership are everything.

3. Live within our means.

A core review of services would find options that don’t involve hammering the taxpayer. Commercial and housing projects can be fast-tracked, the province can share policing costs for the legislature precinct, parking fines collection can be improved, and so on.

But, once the dust settles, look for councils to try to escalate property taxes to double digits. A better solution is to cut costs and make structural and governance changes to fit our new debt load and economic reality.

It’s fortunate our community has the provincial Capital Integrated Services and Governance Initiative report which offers evidence and direction for cutting costs and sharing services. It’s a blueprint for reform that’s sitting on a shelf waiting for implementation.

It doesn’t have to be a fire sale, but selling assets could generate much-needed cash.

5. Kick the can down the road.

Many municipalities have raided reserves, and delayed or spread the cost of capital projects over several years.

There are downsides to this approach: Reserves must be rebuilt and financial options are reduced. Much needed infrastructure upgrades may not get done for years and then at a greater cost. Oak Bay is now suffering the results of this approach.

In our view, there’s a disconnect between the economic carnage and affordability and the nominal budget trimming by councils.

If you’re unconvinced about the disconnect, consider that pay hikes – 65 per cent for the mayor and 50 per cent for council – were recently on the Central Saanich agenda. Mercifully, the motion was withdrawn.