Does Mayor Helps wear too many hats? 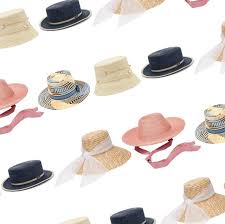 Helps joins Trudeau Foundation board
EDITOR’S NOTE: Mayor Helps is also the co-chair of the informal B.C. Mayors’ Caucus, described as a non-partisan group of the province’s 13 largest cities. The group recently called on provincial political parties for solutions to homelessness, mental illness and drug addiction crisis., and additional revenue streams.
The mayor of Victoria joined the national board of the Pierre Elliott Trudeau Foundation as a director in March 2020, one more addition to a growing list of responsibilities.

In addition to various mayor and Trudeau Foundation duties, Mayor Helps is chair of the Capital Regional Housing Corporation Board and Hospitals and Housing Committee, co-chair of the Greater Victoria Commission to End Homelessness and the Victoria and Esquimalt Police Board, vice-chair of the CRD Core Area Liquid Waste Management Committee, and a director with Capital Regional Hospital District Board, Victoria Regional Transit Commission, a member CRD Environmental Services Committee, and the City Family, and sits on the municipal members committee of the South Island Prosperity Project.
Mayor Helps received a Trudeau Foundation scholarship in 2006, but dropped out of the program prior to completion of a doctorate. The independent and non-partisan charity, consists of a board of business leaders, activists, public servants, and academics that serve a two-year term. It’s responsible for $145 million in assets, according to the annual report and financials, the size of a medium-sized corporation.
While an honour to be appointed, taxpayers should question her priorities and judgment of taking on this role while holding down the full-time position of mayor.

Our municipal governance related questions are several: Has council endorsed her involvement? Should or are there limitations or restrictions in non-municipal related involvement of council members?

Does this new director position on the Trudeau Foundation board impact or conflict in any way with other responsibilities during a pandemic crisis, drug crisis and economic crisis, and during a time when council is short one member?