Island Corridor survey off the rails 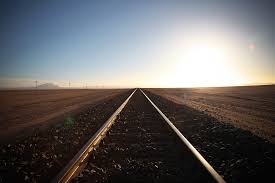 Grumpy Taxpayer$ has examined the conclusions of the Island Corridor  Foundation survey and awarded them its not-really-coveted top Pinocchio Award.

The issue of what to do with rail on Vancouver Island matters to taxpayers – it’s complicated (5 regional districts and 14 First Nations), exceedingly expensive, and a critical transportation issue. During the last couple of years, 13  Capital Regional District mayors have been calling on the province to take action on a commuter service between Westhills/Langford and Victoria.
The ICF survey coincided with the release of the provincial  South Island Transportation Study on Sept. 18. In it the commuter rail between Westhills and Victoria was barely mentioned and described as neither short or medium term priority, but long-term.

The Foundation claimed in its press release ‘Support for rail on Vancouver Island is clear’ (Oct. 9, 2020) on results from its ICF 2020 Survey conducted between Sept. 18 to 26.

There are numerous failings of this voluntary online survey.
The ICF press release failed to mention the relatively low sample size of 1,000, and the level of confidence of 90 per cent and statistical margin of error of 3 per cent. A 95 per cent level of confidence is generally the industry standard.
The survey was distributed through the ICF website and shared through social media platforms. ICF website visitors have a point of view, which may have  prompted biased responses from ‘Friends of the Corridor.’ While not distributed directly, the ICF has about 2,500 ‘intrinsic respondents’ and 1,000 Facebook members of a group dedicated to restoring rail.

The survey gathered 3,533 total responses of which 2,979 respondents gave a valid postal code for Vancouver Island regions adjacent to the rail corridor so 554 respondents were discounted. Residents living closer to any proposed resumption of rail service are more likely to be supportive, especially passenger rail. The ICF stacked the deck to get a more favorable response leaving out others Island residents who also would pay for any additional tax burden.
The questionnaire is clearly focused on passenger rail service –  not commercial rail – which is not clearly indicated in the press release and survey results. At one point the questionnaire muddies the waters by stating, “We need to revitalize and modernize the rail service on Vancouver Island for public and commercial use.”
Selective results and ‘highlights’ were conveyed to the public from the entire survey. A letter to the Times Colonist (Oct. 13) by Glenn White of Shawnigan Lake took issue with what he says were biased questions. He points to the question, “Even though you do not believe rail transport is a viable option do you support the notion of rail to help serve island communities and alleviate traffic congestion?” This leading question is not referenced in the survey results presented to the public.

Pinocchio Award (4 out of 4) – In its press release announcing the survey the ICF stated, “ICF remains 100 per cent committed to the restoration of full rail service on Vancouver Island. We continue to advocate for immediate action from our provincial government as it will not only provide a lasting and viable transportation option but will bring both immediate, and long term, economic benefits and stimulus to Vancouver Island.” With that declaration, taxpayers  pretty much learn about the purpose behind the survey.

Taxpayers aren’t helped by this voluntary ICF online survey. (Nor is this charity helped, by the way, by not posting the 2019 or 2020 budget documents).
The information war has ramped up with the newly formed non-profit
society the Vancouver Island Transportation Corridor Coalition (VITCC), the aim of which is to promote the benefits of modernizing the former E and N railway corridor.
READ MORE
Island rail corridor condition assessment report: Summary, B.C. Ministry of Transportation and Infrastructure, 2020.
Rail survey finds strong support for revitalized service on Vancouver Island, Victoria News, Oct. 16, 2020.
Transportation Issues: Six part series on Island rail, The Discourse, 2020.

3 thoughts on “Island Corridor survey off the rails”