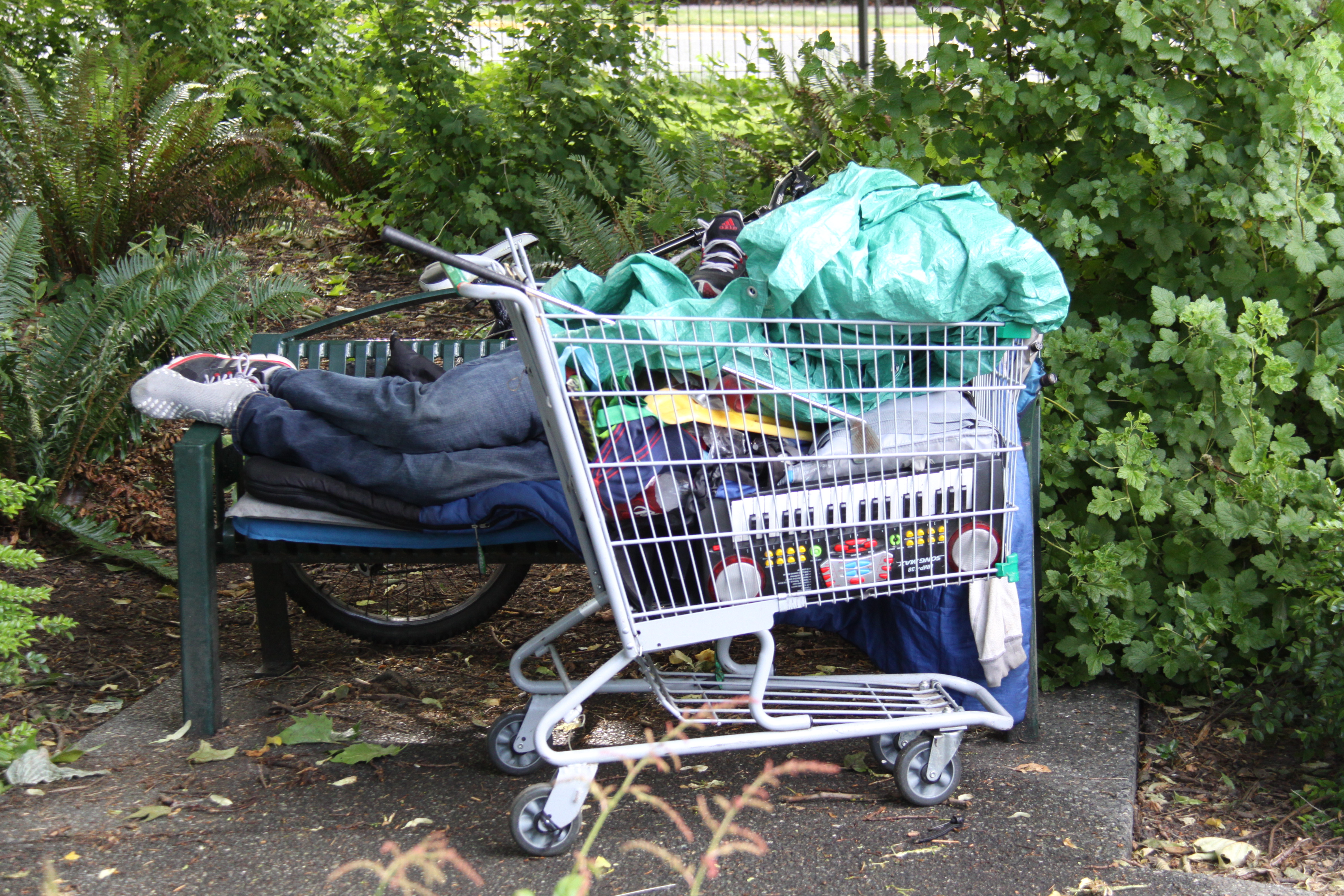 EDITOR’S NOTE: City staff told CTV and CHEK News that it cost $85,000 to clean up Pandora Avenue (including staff costs) during the last several months (Oct. 3, 2020). Centennial Square remediation costs are complete and the costs are being added up.
Untold millions spent on tent city cleanups, much more to come
Since the early 2000s the merry-go-round of tent cities in Greater Victoria has  cost taxpayers untold resources into the millions of tax dollars.
Taxpayers need to continue to ask for details about the adequacy or absence of a city, regional and provincial game plan for the homeless. Taxpayers can only conclude the current governance model has again failed the broader community.
Here are highlights of some of the local expenditures to date:

The degradation of Cridge Park beside the Canadian Pacific Lawn Bowling Club in 2005 required a cleanup and complete upgrade.

The now largely dismantled Centennial Square camp – ground zero of the alleged drug trafficking ring – was also the site of a de facto tent city in 2011.

In 2015, city officials estimate several hundred people routinely stayed overnight in city parks and green spaces, leading to complaints of noise and nuisance, as well as the destruction of ecosystems, accumulation of mounds of trash, and increased criminal activity. It was reported the annual cost was more than $600,000, including police, bylaw and parks staff time.

The province spent $3 million in legal fees and site cleanup after homeless people camped for months on the Victoria courthouse lawn starting in 2015. Then that park had to be completely upgraded.

In 2018 the five-month tent city in Regina’s Park – one of the Occupy Victoria encampments that included Rudd Park, Ravine Way and Goldstream Provincial Park – cost Saanich alone about $1 million in total costs.

The city now expects to incur $850,000 in additional costs associated with bylaw enforcement, public works, parks and facilities, according to the August budget update.

A cleanup and remediation of Topaz Park, the heavily degraded Pandora Avenue and Centennial Square green spaces, (that’s the second time for Pandora which also involved boulevard upgrades), Central Park, Cecllia Ravine Park, Hollywood Park have not even been costed or started. Judging by the cost of restoring other parks, the environmentally sensitive Beacon Hill Park will cost millions.
In early September, days after clearing tents and paying for a cleanup, the city again allowed camping in Centennial Square, with new regulations. Additional funds this year up to $165,000 were allocated for additional bylaw officers and policing, and authorization to camp in various other parks. Another $40,000 is earmarked to engage street people in Beacon Hill.
READ MORE
It’s time to take back Beacon Hill Park, Times Colonist Commentary, Sept. 3, 2020.