When needed, where are the best generals? 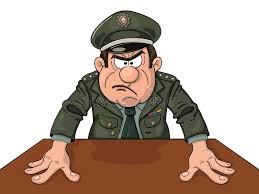 Where are the best generals when you need them?

A recent article on the website ‘We Are The Mighty,’ which provides military entertainment for American veterans, did a statistical analysis to determine the best 10 generals of all times by looking at the track record of 6,619 generals and over 3,500 battles.

It argues that after 43 battles, l’Empereur Napoleon had a so-called WAR score of more than 16 – you don’t want to know – which blows the competition away. It concludes, “There can be no question: Napoleon is the greatest tactical general of all time, and the math proves it.”

Well, for my math and money and those of many taxpayers, the best generals are auditor generals who are paid to ‘combat’ misguided and ballooning municipal budgets.

It’s a worthy provincial election promise. When budgets at all levels of government are under unprecedented pressure during the pandemic and a deep economic recession, the auditor general role is critical if we are ever going to dig ourselves out of this frightening mess.

Every year there are quality regulatory or statutory audits of the financial or budget reporting done on local governments.

But, what’s often missing or shortchanged is a performance audit. Those examine “a program, function, operation or the management systems and procedures of a governmental entity to assess whether the entity is achieving economy, efficiency and effectiveness in the employment of available resources.”

So for example, is the free bus pass program working for the City of Victoria, meeting its goals and objectives, and does it pass the value-for-money test?

Importantly, in a performance audit, the report contains a statement of assurance on those items tested for compliance, as the auditor’s conclusion (as opposed to opinion).

It’s not surprising our political masters are petrified and try to muzzle auditor generals following the revelation of the latest governmental financial nightmare. Who could forget Sheila Fraser, Auditor General of Canada between 2001 and 2011, and her wonderful missives about government spending nightmares?

The federal government has an independent auditor general’s office, as do most provinces including B.C., and most larger Canadian cities. B.C. also has an auditor general solely focussed on our 162 municipalities and about $8.6 billion in annual consolidated expenses.

In February, the province surprisingly announced the office would be closed  once it completed its last management audit on the Victoria’s Johnson Street Bridge boondoggle. The audit is expected in late spring 2021, according to the Auditor General of Local Government.

The province must reverse that decision.

There’s no more important time than now during a time of extreme stress to find cost-savings and efficiencies in how cities, towns and districts operate.

Along with others in the province, we continue to be outraged that this critical and inexpensive governance function will be unnecessarily chopped. What’s the motivation and rationale for dismantling an office they say serves the taxpayer well?

An independent review released in Feb. 2019 “shows that the office provides local governments with useful recommendations that are being implemented in communities around our province,” according to Selina Robinson, Minister of Municipal Affairs and Housing.

The decision to close the office came despite the support of many municipalities, including the City of Victoria. Seventy-one per cent of local governments that had been audited felt they benefited a medium to high degree from the audits. In no way does it impact the autonomy of local jurisdictions, rather it provides another set of eyes.

In April, the Legislative Assembly of B.C. decided to hire an outside auditor to develop a comprehensive, three-year plan reviewing the office’s operations, finances and internal controls as a result of several spending scandals. Then, a few months ago Vancouver also established an auditor’s office.

By the look of Victoria council’s mid-year financial effort to deal with a huge shortfall, it also needs an auditor general to enhance council’s ability to be accountable for $300 million in public funds. Faced with a significant infrastructure deficit, Saanich could also use some third-party advice on how to squeeze out some savings.

Such an office would periodically issue reports on different aspects of city spending and management. It would identify things that could be improved in a way the city’s internal audit team and the annual external financial audit could not.

It’s worth considering that an auditor general be employed at a regional level to help municipalities wake up to and deal with the new economic paradigm.

At a time when half our tax base has disappeared, municipal reserves are being depleted daily, and taxpayers are struggling just to soldier on, a strong dose of fiscal scrutiny is needed.

Bring on the best generals, the auditor generals.

One thought on “When needed, where are the best generals?”