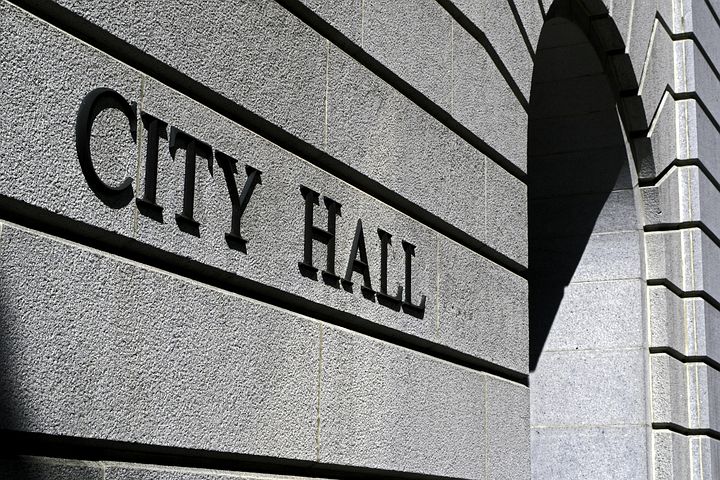 BY JOHN TRELEAVEN AND STAN BARTLETT, vice-chair and chair of Grumpy Taxpayer$

For starters, Grumpy Taxpayer$ does not support any mayor, councillor or political party, rather we advocate for better quality services at an affordable cost, improved transparency, and better governance.

So, when governance structures are seemingly designed to facilitate partisan party politics at a local level – either left, middle or right – we believe the burden of dysfunction comes out of the taxpayers’ pockets and services suffer.

The structure we’re talking about is a ‘civic political party’ – as described by Elections BC – of which Together Victoria is one. Holding the controlling votes on council, they alone chose to challenge the criticism of the media, the Urban Development Institute, the Greater Victoria Chamber of Commerce, and others. Council itself even managed to miff the province on a couple of occasions.

The slate describe themselves as a “group of people who work tirelessly to help Sarah Potts, Sharmarke Dubow and Laurel Collins get elected….” Incumbent Coun. Ben Isitt told the media he’s a member, but dismissed suggestions he’s behind organizing a slate to solidify council’s balance of power on the left. Then after nine months on the job, Coun. Collins was recruited as the NDP candidate for the federal riding of Victoria.

Supported by 383 financial backers in the fall election,Together Victoria ran on a platform of affordability, inclusion, climate leadership, all legitimate priorities considered important by residents.

We believe though the absolute fundamental priority of council is around public services such as roads, sewer, water, sanitation, and fire protection.

Public safety is unquestionably the top priority – our community is worried that VicPD has been in semi-crisis for several years – an issue that continues to be unresolved. This perfectly illustrates council has problems balancing advocacy and what should be its responsibilities.

Together Victoria, as a ‘civic political party’, doled out $48,400 in support of its candidates in the fall election, according to Elections BC. While the partisan organization is described as a ‘political party’ on its Facebook account, it fails to mention that on its website or in its public messaging.

Municipal political parties are confined to major cities in B.C. to Vancouver, Surrey, and now, Victoria. Historically, Vancouver was dominated by a centre-right coalition, then a social democratic vision, and now again, dominated by the centre-right.

But in Victoria, provincial parties have championed their issues and candidates, on a more low key, less partisan and ideological basis. That’s changed in Victoria with the advent of slates.

All but one candidate in the United for Saanich slate were rejected by voters, and all the Mad As Hell slate in Victoria. In our view, slates that manage to get elected don’t benefit taxpayers.

A council needs to work with senior levels of government, so overt partisanship can comes at an intended cost: Is it a co-incidence that a left-leaning council during the Blue Bridge fiasco never got a nickel in funding from the provincial Liberal government? Or little else, for that matter.

This council lobbies the government of Venezuela and big oil, but fails to even discuss the province’s Capital Integrated Services and Governance Initiative (CISGI) report on improving local governance.

Council forces the police department to eat the costs of the Employer Health Tax, the only city department to absorb that burden. To add insult to injury, 34 full-time staff are hired shortly thereafter.

Council increases the price of housing by ignoring advice and demands developers build 20 per cent of units as affordable housing, and wants to handcuff apartment building owners with so-called ‘forever rentals.’

Granted local politics is a messy, blood sport, but when it becomes overtly partisan as it has become in Victoria, it alienates the silent majority and moves us into the realm of discordant, dysfunctional governance.

Finally, there’s one critical takeaway on civic political parties, and it’s the answer to the most important puzzle.

Questioning the structure and accountability model of the CRD is what got us started on this journey four years ago. We now have an answer and it’s not reassuring for taxpayers.

Are we the only residents of the regional city of 413,000 who wonder why the province is so reluctant to intervene when municipal governments and governance structures are so clearly failing the needs of communities and the expectations of taxpayers?

Well, it seems neither provincial party wishes to disturb the status quo of local councils or civic political parties because they benefit. Could it be they treat councils as farm teams for the big leagues? They get to assess, maybe recruit partisans, and use political operatives to support them. They get better support for their political agendas.

The unfortunate tragedy is that it perpetuates a dysfunctional system desperately in need of better governance.

One thought on “Why civic political parties?”