Hold the line on personnel costs 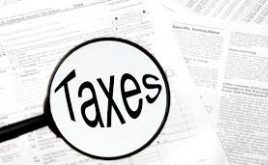 How could mayors and councils justify any personnel or council cost increases above inflation?
The consumer price index is close to zero.
Consider that the unemployment rate in Greater Victoria is 7.9 per cent compared to 3.4 per cent a year ago.
Information, culture and recreation saw a decline to 5,800 workers in October from 10,000 in Oct. 2019. Accommodation and food services slid to 9,100 jobs last month from 16,500 the previous year. As well, retail and wholesale trade jobs in the capital region slipped to 24,300 in October from 27,200 for that month in 2019.
At year end some municipal personnel contracts in Greater Victoria expire: Typically wage demands amount to 55-60 per cent of the operating costs of a municipality.
CUPE Local 2011 and its 1,352 members just signed an agreement with the District of Saanich and the Saanich Police Board for two per cent in 2020, and 2 per cent in 2021 ending Dec. 31, 2021.
Down the road in Victoria, its 850 workers are negotiating a new contract for CUPE 50 that also expires at the end of the year.
Any union contract hikes would likely see non-union staff wages also increased. Benefits for union and non-union public sector employees usually are costed at about 25-30 per cent on top of wages.
Meanwhile, the economy is in shambles, business failures are mounting, retirees are suffering, welfare rolls are growing, and COVID cases are doubling every two weeks.