When councils misbehave, there are remedies 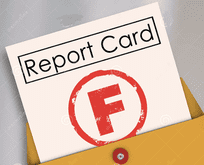 Province urged to show leadership and bring in a council code of conduct with enforced penalties
When a councilor or mayor misbehaves are there remedies for taxpayers short of an election?
We share the public concern about municipal politicians in the region who traveled recently despite government directives advising against non-essential travel during the pandemic.
Directors and mayors of the CRD have also taken a dim view of non-essential travel during a community crisis. The most notable reactions were from Saanich mayor Fred Haynes and Victoria mayor Lisa Helps, although she maintains council has no power to do anything about it.
Wrong.
By municipal law, it’s true local government officials can only be removed from office if they have been convicted of an indictable offense and are incarcerated, fail to take their oath of office, are absent for four consecutive council days, or violate conflict-of-interest rules.
But there are also other tools – apologies, public censure, counseling, financial penalties and so on – available to address or prevent less-than-responsible conduct by locally elected officials.
Council behavior is an important enough issue that the province even created a dedicated webpage entitled Responsible Conduct of Locally Elected Officials.
In 2013, despite the recommendation from the city auditor, Victoria council rejected the mayor’s proposed code of conduct. It would have provided some baby teeth to hold a misbehaving councilor or mayor to account. Nothing has happened since despite various questionable antics by councilors.
In 2016, Saanich adopted a Code of Contact which allows for any alleged breach to go to the mayor and chief administrative officer in writing.
If they can’t resolve the matter informally, or if it involves the mayor, it goes to an agreed-upon independent third-party. The investigator has powers that include recommending an apology, counseling or public censure.
In 2018, there finally was a provincial working group that prepared a model code of conduct for councils and a guide to help develop one. But it did not include remedies or ways to censure local politicians.
The Working Group on Responsible Conduct was a joint initiative between the Union of BCMunicipalities, the Local Government Management Association, and the then Ministry of Municipal Affairs and Housing. The Group was formed to undertake collaborative research and policy work around issues of responsible conduct of local government elected officials.
In 2018, North Cowichan council brought in its Standards of Conduct, followed by stiff financial penalties in its remuneration bylaw in 2020.
As leaders in their community, North Cowichan council acknowledged that they are and must be held to a higher standard and set an example for all to follow.
In our view, a code similar to Saanich, Vancouver, Prince George and other communities should again be considered by all local municipalities. Just putting ‘magniloquent declaration of principles and values’ in strategic plans is inadequate window-dressing.
Grumpy Taxpayer$ calls on the CRD to take a leadership role and urge all its members to adopt a code of conduct with enforced remedies.
But, the greatest responsibility falls with our provincial government which says, “When a local government faces issues related to less-than-responsible (council) conduct, it may affect the local government’s ability to provide good governance to their community.”
If the province truly believes that, it’s time to bring in a standardized council code of conduct across the province with teeth – to include remedies and penalties.
A council code of conduct – with remedies and penalties – would not only improve governance, but bolster the credibility of council. The actions of some local politicians should not unduly impact the credibility of all local politicians and make their difficult job even more difficult
READ MORE:
Residents annoyed by traveling municipal politicians have no formal options to remove them, Times Colonist. Jan. 8, 2021.
Available for Media Interviews:
John Treleaven, chair, Grumpy Taxpayer$
treleavengroup@shaw.ca
250.656.7899, cell 250.588.7899
Stan Bartlett, past chair, Grumpy Taxpayer$
grumpytaxpayers@gmail.com
250-477-9907