Be wary of wonky and wicked municipal taxation 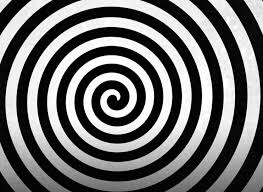 All is fair in love and war, and, it seems, municipal taxation.
To illustrate, here are a few stories about local taxation that we find wonky and wicked and worthy of a vigorous head scratch.
Be wary of municipal taxes that are egregious.
The several years of turmoil around efforts to fund the ’94 Commonwealth Games is enlightening given talk of hosting again in 2026.
Efforts were made to raise money through hiking business taxes, hotel taxes, recreational fees, sponsors, and so on. But the biggest uproar was sparked by trying to assess a Commonwealth Games levy on municipal property taxes from 1990 to 1994.
When the City of Victoria collected this levy in 1990 to be held in reserve for Games-related costs in 1994, the BC Supreme Court ruled the city contravened the Municipal Act.
Eventually about 20,000 property owners got a credit on their 1991 tax bill to make up for the illegally collected levy. But ouch, the credit was only half the amount collected as only half the levy was ruled illegal, reports the Times Colonist on Apr. 12, 1991.
Be wary of municipalities that approve expenditures several months after spending the money.
Most B.C. municipalities – Vancouver manages to draft their budget by year end – approve their annual budget closer to the Mar. 31 deadline.
The C.D. Howe Institute, widely considered to be Canada’s most influential think-tank, takes a dim view of the practice in its annual report card on the finances of the country’s 31 large municipalities.That excludes Greater Victoria thanks to its balkanized governance structure.
Be wary of the practice of collecting an unspecified, hidden tax.
Destination Greater Victoria, one of the worthy beneficiaries of the municipal taxes, is transparent about hotel taxes if you happen to drill into its website. But, some hotels list the charges on your bill as ‘other,’ not bothering to give any details.
For hotel rooms, there’s a PST of eight and GST of five per cent. But there’s also a Municipal and Regional District Tax (MRDT) of three per cent that will be assessed. Depending on the hotel, you may be assessed an additional Destination Marketing Fee (DMF) of one per cent as well.
It all adds up, especially when you don’t know about it.
Be wary of smaller municipalities that are subsidized by next door neighbours in larger municipalities.
We all love Metchosin, but their big city cousins support that bucolic charm.
As a community of less than 5,000, total policing costs amounted to $240,000 in 2019, thanks to subsidies. That’s four per cent of their total budget, the lowest in the region.
By comparison, nearby Victoria spends $48.6 M or 23 per cent of their budget on policing, Saanich spends $32.2 M or 16.0 per cent, and Esquimalt spends $8.2 M or 22.9 per cent.
In 2019, Metchosin received about $1.1 M (for municipal purposes) in lieu of taxes, most of which is for federal government properties including William Head prison, Rocky Point Ammo Dump (DND), Mary Hill Battery (DND), and Mount Helmcken Radar Site (MOT).
It also received a provincial Small Community Grant which is unconditional, intended to augment the operating budgets of small municipalities in B.C. It received $526,241, or 9.6 per cent of 2019 expenditures of almost $5.5 M.
This is all about to change: The province is gradually shifting all of the cost for E-Comm 9-1-1 service to RCMP-serviced municipalities like Metchosin. Now that the RCMP is unionized, staffing costs are also increasing substantially.
Be wary of the wicked taxation brought on by the new assessment policy in B.C.
It uses the ‘highest and best use’ approach in determining property value. If for example, you own a corner store downtown – where a skyscraper would fit in nicely – your property taxes are closer to a skyscraper than a corner store.
The concept of valuing properties as if they are ready for development tomorrow is inappropriate for property taxation purposes. It’s been a wicked windfall for the municipality.
The province finally understood the implications of this taxation policy and provided a partial solution through the interim Business Property Tax Relief Exemption. Owners though have had to pass on substantial tax increases to any tenants.
In our view, we don’t need to pay more municipal taxes post-pandemic to balance the books, deal with increased debt and retain quality services. A much better alternative is to aggressively consolidate services to get better value for our tax dollars.
It’s municipal budget time across the region, so be wary of how many pockets your local politicians decide to pick to pay the bills.
Available for Media Interviews:
John Treleaven, Chair, Grumpy Taxpayer$
treleavengroup@shaw.ca
250.656.7899, cell 250.588.7899
Stan Bartlett, Past-chair, Grumpy Taxpayer$
grumpytaxpayers@gmail.com
250-477-9907