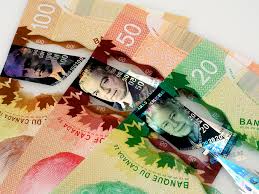 Ninety-one local politicians have now signed off on their 2021 budget, following a year when our lives and local government was turned upside down.

The latter unfortunately had the unintended consequence of councils dodging much-needed structural changes and taking bold steps to get their financial house in order. No apparent need to consolidate services, moderate salaries, merge municipalities, rationalize staffing, and substantially reduce the tax demand.

It raises the questions: Are local politicians sufficiently skilled in managing our finances given their job will be much more difficult for the foreseeable future? Does additional skill training need to be offered?

Let’s start by reviewing the annual filings of politicians under the B.C. Financial Disclosure Act which is available for viewing at the municipal office or website.This transparency allows the public and media to spot conflicts of interest during the spending of hundreds of millions in public tax dollars.

The disclosures may give us insight into whether an elected representative gained certain critical skills at a personal level. For some unexplained reason, if an elected official owns a personal residence, there’s no provincial requirement to report it.

Remember, Victoria and Saanich councillors are on the municipal payroll, get bonuses for committee work or attending meetings. Others, earn additional income by virtue of that position by serving on the CRD, or hold a part or even full-time job.

Granted, budgets are challenging at the best of times: By Statistics Canada standards, both Victoria and Saanich are considered large corporations. Budget documents sometimes exceed 1,000 pages, as do agendas too complex for most mortals.

The financial disclosures reveal that four of the nine-member Victoria council have no assets, liabilities, real property, or corporate assets, according to their 2021 filings. Two of the councillors have only liabilities. Yet, they manage a consolidated budget of $318 million in 2021 and employ about 900.

Four of the nine-member Saanich council also have no assets, liabilities, real property, or corporate assets. Yet, they manage a $360 million consolidated budget in 2021 and employ about 1,100.

When councils aren’t as vested with their own money, are community well-being and stewardship of public assets impacted?

To be sure, staff certainly provide an invaluable service by providing checks and balances to the finances of a municipality. That’s reinforced by various provincial standards and requirements enforced by the province.

It’s widely recognized though that local politicians aren’t perfectly minted, and there are bound to be knowledge and skill gaps when someone is elected.

New councillors in Victoria are offered facility tours and an in-depth orientation of five two-to-three hour sessions including one on financial management. There may also be additional follow-up meetings as required.

Every year, most municipalities send a couple of councillors to the conference put on by the Union of British Columbia Municipalities for workshops and speakers on a variety of issues including municipal finance.

The need for improving municipal governance through local government and staff leadership development opportunities was recognized and in 2005 the Local Government Leadership Academy (LGLA) was launched.

The Academy says, ‘leadership, understanding, accountability, facilitation, prioritization, big picture vision, stewardship and public engagement’ are the essential elements of leadership excellence and are a guiding force in program development.

Unfortunately, none of these core competencies specifically speak to a knowledge base in municipal finance or budgeting.

There are three levels of certificates in local government leadership open to elected officials: The first level requires attendance at a post election seminar and 15 hours of work, the two others each require 30 hours of course-work.

Despite an influx of neophyte politicians, since 2010 only two of the 91 politicians from the entire capital region completed any of the three levels, according to LGLA posting listing graduates.

If you’ve attended council budget meetings or listened to financial discussions, there’s too often bewilderment or silence around the table. As councils help to generate wealth and to shape our economic destiny, that’s worrisome. After all, everything else depends on it.

When it comes to being financially savvy, learning on the job isn’t pretty.

** PINOCCHIO AWARD: Do Saanich taxpayers pay less per capita than the region?