Greater Victoria by the numbers 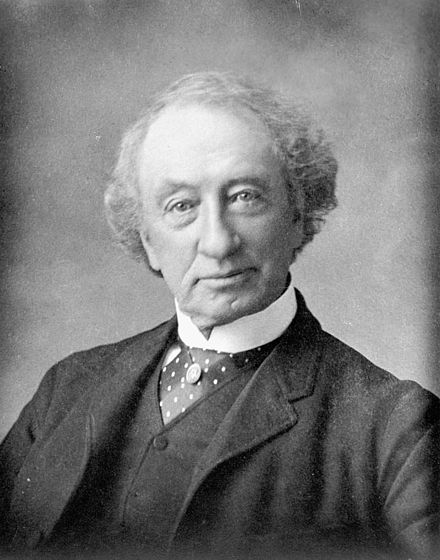 The words of Pythagoras, an ancient Ionian Greek philosopher and alleged vegetarian, still live on a couple of thousand years after he suggested that numbers rule the universe.
While unsure about that, Grumpy Taxpayer$ understands the preoccupation with numbers since we aim to present quality information and evidence-based views for our readers.
Here are some of the more fascinating municipal numbers we’ve run across recently.
2.35 – Overall in 2019, Greater Victoria and other B.C. municipalities had a combined annual surplus of $2.35 billion. Since municipalities can’t run deficits, it’s largely due to setting aside money annually to fund capital projects. It will be a different story for 2020, no thanks to the pandemic.
3 – It’s nearly three years since a statue of Sir John A. Macdonald, Canada’s first prime minister, was spirited away from Victoria City Hall in the early hours on a Saturday morning. It sparked a firestorm that’s still smouldering because of insufficient public consultation. The plaque on the spot reads, ”We will keep the public informed as the Witness Reconciliation Program unfolds, and as we find a way to recontextualize Macdonald in an appropriate way.”
7.8 – The GDP of the Victoria census metropolitan area amounts to 7.8 per cent of the provincial economy, compared to Vancouver (CMA) which amounts to 56 per cent of our $260 billion B.C. economy, according to Stats Canada (2017).
18.49 – The percentage of eligible voters in Langford that cast their ballot in the last municipal election, the second lowest in the province, according to CivicInfo B.C.
21 – Based on the 2016 Census, if Greater Victoria (Victoria CMA) was made up of 100 people, there would be 21 people 65 and older, compared to 17 people across Canada.
23 – The number of fire departments – paid, volunteer, or combined paid and volunteer – in the CRD. There are also 23 emergency plans, four fire dispatch centres, along with seven police forces.
35 – Percentage of respondents that place cost of living and housing as the most important issues we face today, according to Greater Victoria’s 2020 Vital Signs report. Eight per cent ranked municipal amalgamation.
91 – There are 91 elected local politicians in the capital region, which compares to 26 for the City of Toronto, 27 members of the legislature in P.E.I., and 51 members of council in New York City.
108 – The new McLoughlin Point Wastewater Treatment Plant in Esquimalt can treat 108 megalitres of wastewater per day – a metric unit of capacity equal to a million litres – to a tertiary level. That’s one of the highest levels of treatment available. The final tab was $775 million, the largest capital project in the history of the region.
308 – The Municipal Affairs operating budget will more than double to $308 million this fiscal year from $148 million and add an undisclosed number of staff. Provincial civil service staffing, measured at 32,790 full-time equivalents in the last full year under the B.C. Liberals, is projected to reach 39,660 in 2021, up 21 per cent, according to the Vancouver Sun.
889 – As of January 2020, there were 889 km of bike ways in the region, 58 per cent are on the road and 42 per cent are multi-use, according to the CRD.
1971 – As one of Victoria’s oldest and most frequently used recreation facilities, the Crystal Pool requires significant investment to meet current building, system and accessibility standards. The planned replacement of the 50-year-old facility continues to tread water.
5,000 – The amount of extra dollars spent on toilet paper for public parks washrooms in Oak Bay during the pandemic last year.
35,195 – The number of referendum voters in Victoria and Saanich who voted in favour of a citizens’ assembly in 2018 to study the unification of the two largest municipalities in Greater Victoria.
278,781 – The best paid local government official in the region – includes employer funded benefits – is the chief administrative officer in Saanich, according to the annual statement of financial information (2019). The premier earns $209,945.
378,172 – The program director for the Core Area Wastewater Treatment Project was very well paid by the CRD, topping all local government contracts in 2019.
425,503 – That’s the Capital Regional District estimate of the population of the capital region, including the Gulf Islands and electoral districts, updated to March.
30,600,037,888 – The assessed values for City of Victoria in 2021 include about $24 billion in residential properties and $6 billion in business.
Available for Media Interviews:
John Treleaven, Chair, Grumpy Taxpayer$
treleavengroup@shaw.ca
250.656.7899, cell 250.588.7899
Stan Bartlett, Past-chair, Grumpy Taxpayer$
grumpytaxpayers@gmail.com
250-477-9907