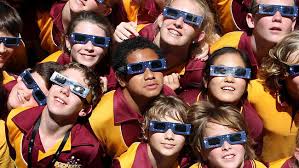 Clearly the role of councillors extends far beyond their jurisdictional boundaries and underlying municipal legislation (Saanich councillor heads to blockade with other Island politicians, hoping to get arrested, Times Colonist, June 9).

I’m told by Wikipedia that the US Space Surveillance Network reported nearly 20,000 artificial objects in orbit above the Earth, including 2,218 operational satellites. However, these are just the objects large enough to be tracked.

As of 2019, more than 128 million pieces of debris smaller than 1 cm (0.4 in), about 900,000 pieces of debris 1–10 cm, and around 34,000 of pieces larger than 10 cm (3.9 in) were estimated to be in orbit around the Earth. When the smallest objects of human-made space debris (paint flecks, solid rocket exhaust particles, etc.) are grouped with micrometeoroids, they are together sometimes referred to by space agencies as MMOD (Micrometeoroid and Orbital Debris).

Space junk – otherwise known as space debris, space pollution, space waste, space trash, and space garbage – is of risk to manned spacecraft, satellites, and space shuttle missions. Apparently, one cataloged piece of debris has fallen back to Earth each day for the past 50 years putting earthlings at risk.

We would urge you to approach the United Nations, NASA, NORAD and the European Space Agency with our concerns.

We know local politicians are busy addressing local concerns about transportation, homelessness and violent crime, not to mention the pandemic and the economic impact. But we hope you will also prioritize space junk – it would be out of this world if you could – and not get arrested in the process.