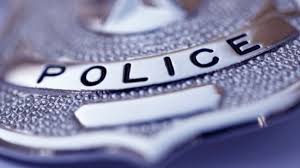 Fewer criminal charges for violent crimes are being laid making it more difficult to govern the City of Victoria.
The clearance rate for violent crime has steadily decreased in recent years and from 59.39 in 2011 to 31.90 in 2020, according to newly released Statistics Canada figures.
“It’s unacceptable that if you commit a violent crime in Victoria, there’s now only a one-in-three chance you will be criminally charged,” says Stan Bartlett, past chair of the municipal watchdog Grumpy Taxpayer$.
The revelation raises questions about whether the Victoria Police Department has adequate resources to do their job, and whether those resources are being allocated properly. More importantly, it supports the creation of a regional policing model as one solution to improving law enforcement, says Bartlett.
“That trend line of unsolved violent offences puts major pressure on council to govern their city properly and ensure safety for residents and visitors.
“It’s very corrosive to individuals and a community when violent crime increases – for a variety of reasons – particularly when even more offenders can seemingly get away with it,” says Bartlett.
For an incident to be cleared by charge, at least one chargeable suspect has been identified and there is a charge laid against or recommended to be laid against the individual in connection with the incident, according to Stats Canada.
A clearance rate that’s ‘weighted’ assigns more serious offences a higher weight than less serious offences. For example, a homicide receives a higher weight that say an assault.
The violent crime severity index in 2020 increased to 168, an almost 30 per cent increase year-over-year, according to newly released data from Statistics Canada. Some of that increase is attributable to changes to reporting crime statistics.
That said, despite that worrisome trend, the violent crime severity index itself is well below levels in the late 1990s and early 2000s.
READ MORE:
Crime severity index and weighted clearance rates, police services in British Columbia,Statistics Canada, July 2021
Victoria’s crime severity index up, but ‘don’t press the panic button’, Times Colonist, July 28, 2021.
Victoria’s crime severity index highest out of all B.C. municipal police agencies in 2020: StatCan, CFAX, July 27, 2021.
Available for Media Interviews:
John Treleaven, Chair, Grumpy Taxpayer$
treleavengroup@shaw.ca
250.656.7899, cell 250.588.7899
Stan Bartlett, Past Chair, Grumpy Taxpayer$
grumpytaxpayers@gmail.com
250-477-9907