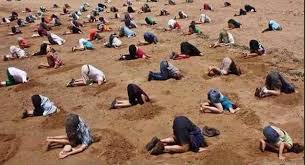 If local politicians really believed in fiscal accountability they would create the position of independent regional auditor general to impartially watch the 13 local jurisdictions, says the Grumpy Taxpayer$ of Greater Victoria.
Independent auditors operate in several Canadian cities including Calgary, Edmonton, Winnipeg and Toronto, and very recently, Vancouver.
“After the controversial decision by the province last year to shut down the Auditor General for Local Government (AGLG), a regional auditor general’s office would be an important addition to strengthen the governance structure,” says John Treleaven, chair of Grumpy Taxpayer$.
“For the piece of mind of taxpayers and to strengthen financial management, we have no choice but to recreate the critical service of auditor general regionally for the CRD and the 13 municipalities.”
Mike Macdonell, a chartered professional accountant and certified fraud examiner, previously an assistant auditor general leading audits of Crowns and ministries, was appointed as auditor general of Vancouver in September.
“Value for dollar audits are needed: Hundreds of millions of dollars are being spent annually in the region without sufficient scrutiny to determine whether programs actually deliver what they say they will.
“An impartial set of eyes without the complications of politics would give taxpayers a sober view on whether they are getting good value for their local tax dollar,” Treleaven says.
The role and service should be available to all 13 municipalities and the CRD, paid for by a cross-board assessment to municipalities, but operate independently, Treleaven says.
READ MORE
City of Vancouver selects Mike Macdonell, Press Release, City of Vancouver, Aug. 9, 2021.
Q&A: Vancouver’s new auditor general on his role as ‘independent set of eyes’, Vancouver is Awesome, Aug. 10, 2021.