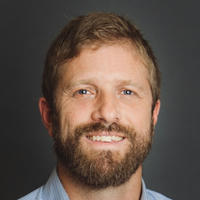 Like him or not, there’s no denying that Victoria Coun. Ben Isitt involves residents, stirs passions and sparks heated discussion on municipal issues.

The latest dust-up is around a video of a heated exchange between Isitt, a tow truck operator and the RCMP at the Fairy Creek demonstration opposing old-growth logging. It’s got the phones ringing on open line shows, and tongues wagging at coffee shops.

The Pacheedaht First Nation has accused Isitt of “deplorably unacceptable behaviour,” and in response, on Wednesday Isitt resigned as vice-chair of the Capital Regional District’s Indigenous relations committee.

In recent years, Isitt has taken on a long list of other polarizing stands that garner support from his voter base.

They include removing Christian symbols at Christmas, championing a class-action lawsuit against fossil fuel companies, and assessing costs associated with Remembrance Day. Some of his stands are almost urban legend.

Critics argue many issues are outside the local mandate and expertise of councillors, and amount to shameless populist grandstanding at the expense of ensuring quality core services.

Isitt’s controversial positions are often supported by councillors Sarah Potts and Sharmarke Dubow of the Together Victoria civic political party as well as Coun. Jeremy Loveday.

Isitt has been a member of Together Victoria, but in June 2018 denied any suggestion that he was behind organizing a slate to solidify council’s balance of power on the left.

Not everyone is a fan and his positions have prompted considerable public backlash.

Allan Allnutt, the former ­editor and publisher of the Montreal Gazette and Times Colonist, says Isitt’s populist tactics are similar to those of former U.S. president Donald Trump.

In June 2019 Allnutt wrote, “Ben Isitt is not as naive as he would have us believe. He is a left-wing populist … whose playbook is borrowed straight from The Donald’s.”

As a result of public blowback, Isitt backed away from calling for the banning of horse-drawn carriages, settling for greater regulation of the industry. But, that was after a large and noisy protest in May 2019 — within earshot of council chambers — with some protesters yelling “Ban Bolshevik Ben.”

The most controversial issue had Isitt and council opposing the Coastal GasLink project in northern B.C., followed by three councillors attending a demonstration at the legislature.

That led to a pointed exchange between Isitt and Victoria Police Chief Del Manak after Isitt said police were spreading “fake news.”

A left-wing policy document — Common Vision, Common Action — was tabled in 2019 by Isitt and was endorsed in principle by council, with the exception of Coun. Geoff Young.

Pitched as a grassroots initiative to create and implement a regional agenda for social and ecological justice, the document calls for lobbying governments to bring in a wealth tax, among other things.

Four of the 20 members of the planning committee that drafted the initial 2018 document were councillors at the time.

Isitt is a 40-something historian, legal scholar, and sessional lecturer with a law degree and PhDs in law and history, and has taught history, international relations and labour studies at the University of Victoria and elsewhere. His curriculum vitae spans 22 pages. U.S. website peoplepill.com offers a lengthy bio — he’s a Capricorn — ­detailing Isitt’s early life in Winnipeg.

He authored From Victoria to Vladivostok: Canada’s Siberian Expedition, 1917-19 and ­Militant Minority: British Columbia Workers and the Rise of a New Left, 1948-72.

This year, he co-authored ­Disablement, Radicalism, and the Political Life of E.T. Kingsley. Kingsley was the founder and leader of the ­Socialist Party of Canada and an editor of the Western Clarion, a prominent left-wing newspaper in Canada before the First World War.

Isitt has very successfully tapped into the local zeitgeist, and has been a Victoria councillor since 2011. He topped the polls in 2014 and 2018. He has been on the Capital Regional District board since 2011, and on most of the influential committees.

So, what’s next for Isitt?

Another run at the mayor’s office might not be appealing. He was not successful when he challenged incumbent mayor Alan Lowe in 2002, when he was a 24-year-old student, and in 2005.

Despite leading frequent forays into provincial issues as a municipal councillor, a seat in the legislature is probably not an option following harsh words directed at him by Premier John Horgan during the Coastal ­GasLInk protests.

Isitt is still pitching the Common Vision, Common Action political agenda, and working behind the scenes.

In a Twitter message meant to rally the troops during the last civic byelection, he said, “Stakes are too high with ecological and social crises of capitalism to allow Chamber of Commerce, big business and developer interests to shift Council back to the right.”

He continues as a volunteer with the Red Cedar Cafe, a non-profit organization focused on providing community meals. Even that role caused controversy after he was found to be volunteering while remotely attending a council meeting.

There’s talk on the street that Isitt plans to practise law and article with the Together Against Poverty Society.

Whatever path he takes, we can bet that Ben Isitt will remain a polarizing figure.

One thought on “Isitt lights up local politics”