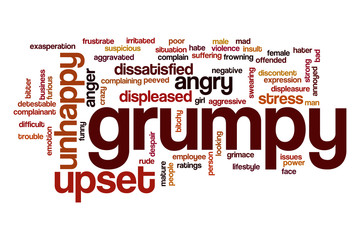 Is Greater Victoria ready for a catastrophic event?

BY GEORGE BARNHART, BOARD MEMBER, GRUMPY TAXPAYER$
If Santa is still making a list, we hope he checks it twice and adds something to help Greater Victoria residents with any impending disaster.
This year we’ve had a crippling pandemic, an overwhelming heat dome, widespread out-of-control wildfires, and devastating flooding. Our community leaders use the terms ‘unprecedented’, ‘unexpected’, ‘extraordinary,’ ‘we didn’t see that coming,’ or worse, ‘it is not our fault’.
This is not the response we expect from our community leaders – Santa would know that – but we shouldn’t be surprised that yet another wake-up call is needed..
According to the Canadian Disaster database, natural disasters have accounted for 69.9 percent of all disasters in Canadian history. Flooding has been by far the greatest cause of disasters here in the 20th century, followed by severe storms.
Although natural disasters are necessarily prompted by a severe natural phenomenon, it must be acknowledged that human impact on the environment can play a significant role in both the prevalence and scope of certain natural disasters.
In addition to these catastrophic events, we are reminded that Greater Victoria is in a seismic hazard zone. Yet there seems a general sense of complacency that events will not happen in Greater Victoria.
According to PreparedBC, the odds of a damaging earthquake hitting BC in the next 50 years are one in three. The floods in the Fraser Valley are considered once-in-a-century, yet they happened twice in a month, so far.
The CRD’s emergency response plan for Greater Victoria, prepared by the Regional Emergency Management Partnership, can best be summed up in a quote from the MacDonald-Laurier Institute report on Canada’s Critical Infrastructure: “No one is responsible and no one is accountable. The entire policy process is merely a combination of muddling through and ad hoc problem solving.”
Alarmingly, only 38 per cent of BC residents have prepared an emergency kit, and just 22 per cent have a plan in the event of a natural disaster or other major emergency, according to a new Research Co. poll. Arguably, few citizens would know what to do, where to go in the event of a tsunami warning, if an alert was ever sounded.
The CRD and collectively the capital region municipalities, who have difficulty in coming up with a regional transportation plan, are unprepared for catastrophic events on a regional basis. The CRD budget of $194,000 includes $700 for travel and has produced a nice looking report – but we need substance, we need far more.
In February 2021, we asked the question after the first year of the pandemic: What have we learned? Given the events since February, the question – ‘What have we learned?’ – is even more critical than before.
Many organizations in critical sectors such as banking, energy, aviation, telecommunications, and defense excel in emergency preparedness and continuity.
What sets them apart, its that they plan and practice for the unexpected, the unprecedented, the extraordinary risks and threats.
Using ‘table top’ simulation, live practice exercises on various risk scenarios, they learn where they need to improve resiliency of critical infrastructure. They establish event-based contingencies. They establish clear lines of responsibility and most of all, clear lines of communication to enable an appropriate response – time is of the essence.
Recovery is a primary consideration. Most of all, they not only plan but continue to learn, to improve, and to refine execution. The key is that they practice, they conduct exercises.
We must conduct actual and regular critical infrastructure emergency response exercises as just described, and much, much more.
The exercises would address a myriad of questions: Can we deal with a number of threats including but not restricted to natural disasters? How do the municipalities actually work together at every level? With the province? With the federal government? With other critical infrastructure sectors? How do we communicate under various scenarios? Who makes decisions? How does the downloading from the provincial government impact the region’s ability to respond?
Emergency response is extremely complex, granted a difficult task. But the importance to the citizens of Greater Victoria cannot be understated. Exercises help bring clarity for a time when urgent action is necessary. Exercises involving the citizens would help individuals and businesses create greater awareness and assist with their own emergency preparedness plans.
Hats off to Tofino for their annual High Ground Hike and Emergency Preparedness Fair a mock-up exercise to address the tsunami risk.
The most fundamental duty of government is to protect citizens. It is time we took emergency response seriously. So, if we have learned anything in the past year, it is that we need to up our regional emergency response game.
The subject is too critical to the lives of everyone to remain dithering. In the world of professional preparedness, this region and the BC has yet to demonstrate that it’s even in the game. For success, however it is defined in a disaster, we need to learn to be quick, measured and practiced. Evidence suggests we have a lot to learn.
When will community leaders hold critical response exercises for Greater Victoria? Residents shouldn’t have to make a last minute and desperate appeal to Santa.
Available for Media Interviews:
John Treleaven, Chair, Grumpy Taxpayer$
treleavengroup@shaw.ca
250.656.7899, cell 250.588.7899
Stan Bartlett, Vice-chair, Grumpy Taxpayer$
grumpytaxpayers@gmail.com
250-477-9907