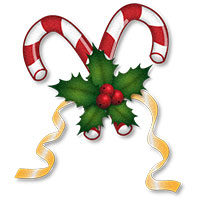 Hotdog, shiitake mushroom, bah humbug, kale or sardine flavoured candy canes, rejected for traditional and cheaper peppermint canes
Congratulations to the City of Langford which grabbed top honours for improving transparency in the 6th annual Candy Cane Awards sponsored by the civic watchdog Grumpy Taxpayer$ of Greater Victoria.
Winners winners were not only recognized with oh-so-sweet municipal awards for achievements in transparency, but also improvements to accountability and good governance in Greater Victoria.
Langford council is recognized for acting on the community’s wishes for the live-streaming and archiving of meetings on its website. As of the March 15, 2021, all council and committee meetings are now live-streamed. Links to these recordings are publicly available and posted alongside the minutes on the website within 48 hours.
“We are pleased that Langford is moving toward a more open and transparent governance model,” says chair John Treleaven. “Residents want to be involved and engaged in local government and live-streaming facilitates that goal.”
As for second place, View Royal is to be recognized for crafting a code of conduct for council, one of only a few on the South Island.
“Misbehaving mayors and councillors are far too frequent in BC, and a code of conduct provides some important guidance for local politicians and some recourse to curb misbehaviour,” Treleaven says. “Taxpayers are usually left to steam until they can pass judgment in the next election months or even years away.”
There will now be more recourse for taxpayers and councils following changes to municipal government legislation during the fall session under Bill 26. The province has created a legal requirement that all municipal and regional governments develop or upgrade a code of conduct for councils and board members. It must be done at least once within six months of a new term of office, and a public statement must be made respecting the reasons for the decision.
Third prize goes to the mayor and council of Oak Bay who are to be acknowledged for meeting the major challenge of its remaining infrastructure deficit of about $275 M head-on.
“After several councils kicked the can down the road and failed to adequately maintain roads, sewers and sidewalks, this council has picked up the can and continues to deal with the issue,” says Treleaven.
In September this year, Oak Bay tabled an 82-page third-party report, the Sustainable Infrastructure Replacement Plan, detailing the state of the infrastructure and funding options for its renewal. Asset Management BC (AMBC) has recently endorsed the District’s process of creating the Sustainable Infrastructure Replacement Plan as a step to achieving financial sustainability.
Finally, an honourable mention goes to George Cuff who delivered an excellent keynote address at the 2021 AGM of Grumpy Taxpayer$.
George is a recognized expert in Canada on issues of municipal council governance and accountability. He spoke on “Strengthening Municipal Governance and Why That Matters.” Click here to view.
Of note, everyone has budget pressures these days, so Grumpy Taxpayer$ has opted for a more frugal prize, the traditional peppermint flavoured variety.
READ ALL ABOUT THE PRIZES :
Each of the three winners receives a box of 40 coveted and tasty mini peppermint candy canes that were found in a bargain bin in January 2021. The Mini Candy Canes cost $2.45 in total, tax-in, astonishingly a budget record for this line item. Archie McPhee out of Seattle sells hotdog, shiitake mushroom, and sardine flavoured candy canes, and was sold out of pickle and bacon flavoured. At $6.50 US plus delivery each, the idea was rejected because of permanent budget considerations.
Available for Media Interviews:
John Treleaven, Chair, Grumpy Taxpayer$
treleavengroup@shaw.ca
250.656.7899, cell 250.588.7899
Stan Bartlett, Vice-chair, Grumpy Taxpayer$
grumpytaxpayers@gmail.com
250-477-9907