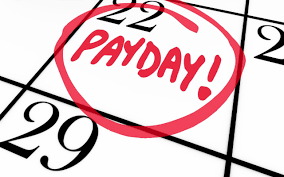 FOI request: CAO eligible for $579,760 in severance
While accolades may be deserved for its award-winning Climate Plan: Renewable and Resilient Saanich, Mayor Fred Haynes and council need to be reminded of the current climate around excessive property taxes.
About six years ago, the departure of the last CAO in Saanich cost taxpayers a painful $476,000 after they ‘parted ways.’ In 2017, the police chief pocketed $379,000 in severance after the city released him from his contract, only to promptly rehire him under a new two-year agreement paying $222,000 annually plus benefits.
Now, the mayor and council refuse to divulge what the latest ‘parting of ways’ with the CAO will cost the municipality’s estimated 125,000 taxpayers. Mayor Fred Haynes says ‘council wants to go in another direction,’ while offering no details.
Taxpayers will be paying about $600,000 in severance pay following the dismissal of the chief administrative officer of Saanich on Nov. 29.
The CAO salary in 2021 was $289,880, which compares to the salary of the premier of the province who is currently paid $210,945.
Although the severance payout has not been finalized, the contract allows for two years of severance for dismissal without cause after only one year of employment. The CAO is now eligible for severance of $579,760, according to a freedom of information request filed by Grumpy Taxpayer$.
Within the salary portion of the three-page contract, a so-called ‘exempt special allowance’ of 10 days is granted for working extra hours. The allowance amounts to about $10,000 and is credited on Jan. 1 annually.
Judging by the public climate around the issue of over-generous severances and taxpayer emissions, council needs to come clean on whether this latest severance is justified and the amount.
During difficult times and a run-up to a municipal election this fall, there are limits to the renewability and resilience of hard-pressed taxpayers.
Taxpayers in Saanich aren’t carbon sinks, and taxes don’t grow on trees.
READ MORE
Saanich and it’s chief administrative officer part ways, ‘decided to go in a new direction’, Times Colonist, Dec. 1, 2021.
Golden handshakes, parachutes and severances costly, Grumpy Taxpayer$, Aug. 23, 2021.